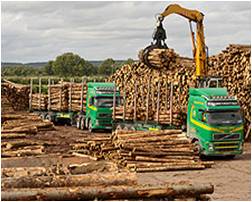 Chinese Farmers in Late Colonial Cairns, Queensland, 1880-1920
In the late 19th and early 20th centuries, colonial settlement in the Americas, Australia and New Zealand attracted migrants who lived and worked in multi-ethnic societies that resonates with today’s multi-cultural countryside. One such region was Cairns, QLD, Australia.

Expressions of Globalization
Festivals have been important cultural practices throughout history across the globe. In the last 20-30 years the number of festivals held has rapidly increased. Some see the ‘festivalization’ of culture as a characteristic, or response to wider globalization trends

Communal Living as a Global Alternative Movement
Historically, people or groups of people dissatisfied with their lifestyles and their present conditions have gathered in search of alternatives ways of living, thus communal living has become that global social mechanism that has promoted this societal change over time and place and into a global network challenging contemporary globalisation consequences.

The birdcage craft industry of Da’ou village in globalising rural China
While the Chinese countryside has experienced issues of poverty, deprivation and depopulation, Da’ou village shows an increasing prosperous economy due to its historical birdcage industry that is flourishing in global times.

Invasive Species, Global Trade and Biosecurity: The case of Xylella
Numbers of alien species are rapidly increasing worldwide as a result of increased global trade. This storymap focuses on Xylella fastidiosa, which has devastated Olive trees in Southern Italy and is threatening plant health across Europe.

How Milk Went Global
Milk is an unlikely global commodity. It will spoil within hours if not refrigerated or preserved. Yet, today dairy is a global industry with milk and dairy products transported and traded across the world. This is the story of how milk went global.

Assembling Rural Festivals
What does it take to run a festival in rural Wales? What local-global relations are involved? Festivals bring an exciting array of cultural influences to the countryside and help to revitalize rural towns, but all of this does not happen magically...

Narrating the Global Countryside
Five years on, 450 hours of 617 interviews and 8 participatory mapping interviews, 2 focus groups, 2 surveys of 1,235 respondents, GPS and GIS Mapping exercises of global continental coverage, the Global-Rural Project comes to an end. Here is a summary of the project's findings in over 14 countries and 37 case study sites.

Neo-colonialism, land grabbing and rubber plantations in Liberia
How did Africa’s oldest independent republic become entrenched in a neo-colonial tussle for world dominance in the production of rubber?